How Destructive Flying Squirrels Can Be 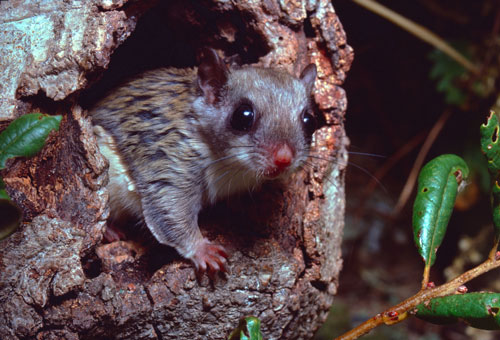 Flying squirrels (not sugar gliders) are extremely destructive little critters that can wreak havoc in your home. If you suspect you might have a flying squirrel in your attic or anywhere else, it should be taken care of immediately.  Any delay in responding to this threat could give the rodents time to nest. And once they’ve nested you could quickly have an infestation on your hands that could result in even more damage to your house.

The Difference between Flying Squirrels and Sugar Gliders

Once they get inside your home, flying squirrels will usually make their way to the attic. They’ve also commonly been found in HVAC ducts, chimneys, between floor joists, vents, and inside of walls. Unfortunately, the insulation that keeps our homes cool in the summer and warm in the winter also provides flying squirrels with ideal nesting material and it will be hard to force them out.

Unfortunately, most homeowners learn that they have an unwanted guest when they hear the scratching noises while they’re trying to sleep. Flying squirrels are nocturnal creatures, so this doesn’t bode well for most homeowners and their families.

The flying version of normal squirrels spawns about three to five babies at once. They’ll also not hesitate to leave urine and droppings everywhere they go. Sadly, they tend to stick close to ventilation channels, which promotes the much easier spreading of disease by way of these avenues. Should one meet its maker, the odor problem on your hands will be intense. And that doesn’t even mention how they can attract insects and parasites to the deceased.

Attic Kings does not employ the use of poisons when removing wildlife. Doing so would cause health hazards to your family and pets. Toxins just aren’t nearly as effective as our exit tunnels. We truly believe that killing creatures isn’t the answer, and we practice humane exclusion and relocation.