Rats and mice, like other rodents such as squirrels, have front teeth that continuously grow. 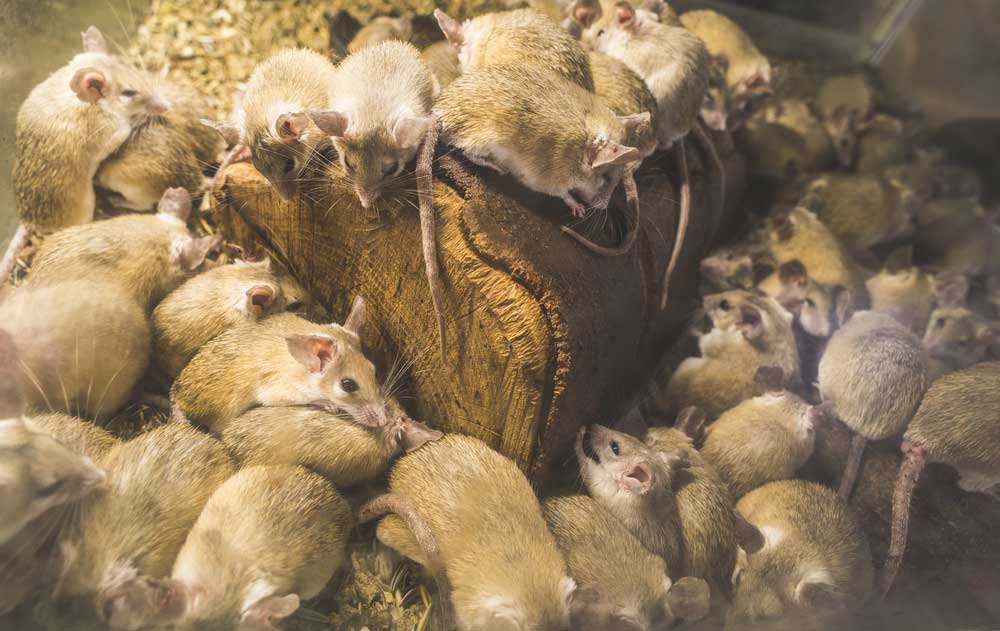 Because their front teeth never stop growing, rodents are constantly gnawing on wood and other items to keep their teeth at the right length. In fact, the word “rodent” comes from the Latin word “rodere” meaning “to gnaw, eat away.”

If you’ve ever seen a rodent infestation (think squirrels at the park or rats in New York City), you would think that they breed like rabbits. But maybe the phrase should be “breed like rodents.” Mice typically have litters of six to eight babies (but sometimes more than 10). Their gestation period is 19 to 21 days, and a female can have five to 10 litters per year.

The average lifespan of a mouse is about 12 months if they are living outside, but indoors a mouse can live two to three years. That means that a female could, during her life, produce as many as 300 babies.

Rodents can swim. Mice can tread water for up to three days. The North American Gray Squirrel can swim two miles at one time. Though squirrels are strong swimmers, they often drown in swimming pools. Because of the smooth, vertical sides, squirrels cannot readily get out of a swimming pool, and so they swim in circles until they drown. If you don’t want to fish dead squirrels out of your pool, it’s a good idea to drop a length of rope over the side to give them a way out.

Another interesting fact about rodents is that they have no ability to vomit. They lack the muscle strength in the diaphragm to vomit and have a stomach that is structured to prevent food from moving up the esophagus.

Because rats, mice and other rodents cannot vomit, poison is especially effective as a pest control agent.